IAMDS offers software development and data services at the highest level - flexible, reliable and, secure from the cloud 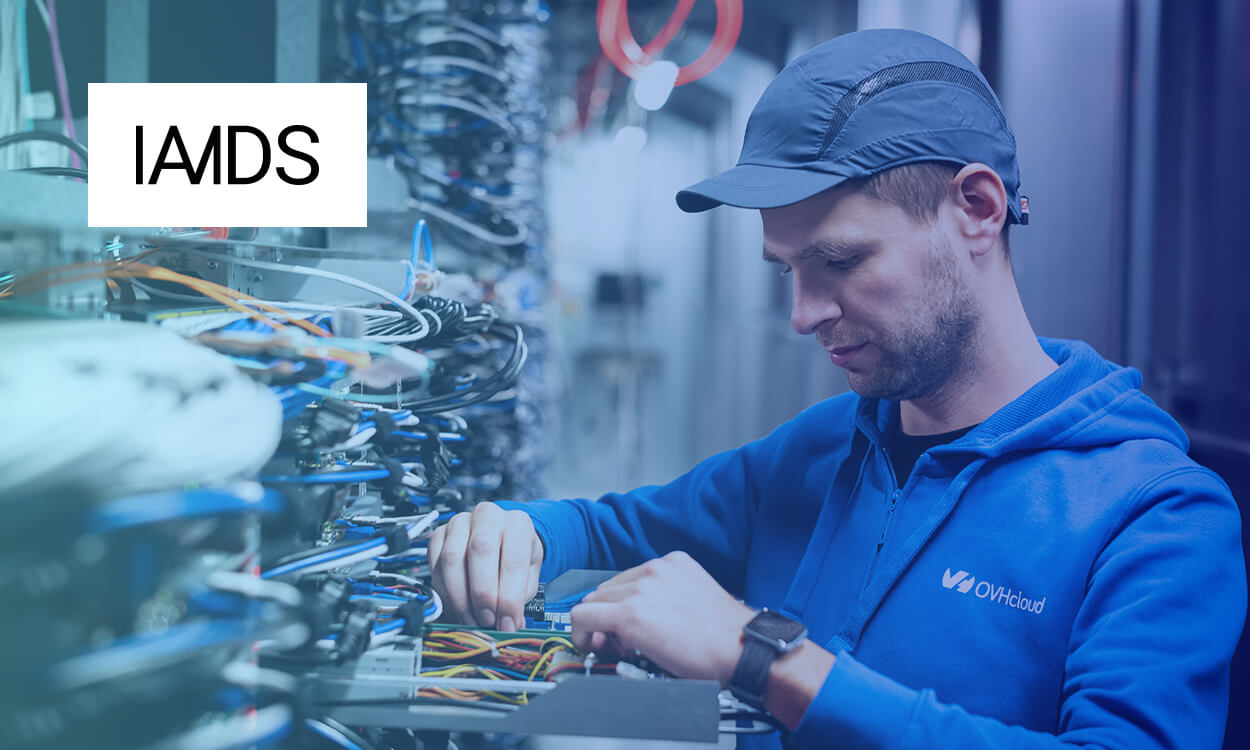 Scalability and high availability in the public cloud

The company offers its IAMDS platform as a solution—an integrated set of technologies offered together as Data-as-a-Service that can meet a company's end-to-end data requirements. Applications are diverse, ranging from prescriptive analytics in securities trading to image analysis of COVID rapid tests to AI-driven online marketing campaigns.

To provide its specialized services, IAMDS demands an IT infrastructure that can cope with its requirements. This relates not only to scalability and fail-safety but also to customer requirements regarding data protection and security - requirements that were increasingly difficult to implement in-house as the business grew and customer projects became more complex.

Not all clouds are created equal

Originally, IAMDS operated its platform on-premise leveraging a self-managed dedicated server. The entire platform ran on a simple Docker environment with Docker Compose files. Thus, there was no replication of the system across multiple machines. "Scalability of hardware or resources created a considerable and additional effort each time resources were pushed to their limits and performance had to be increased," recalls Patrick Tkalcic, CEO at IAMDS. “System stability and deployment were no longer optimized for our needs nor those of our customers."

In their solution, all IAMDS services are started in separate containers for each customer so there are as few interdependencies between customers as possible. However, since IAMDS did not use Kubernetes at that time, the orchestration of the containers also became too complex over time and was no longer dynamic enough.

They were looking for a cloud solution that would enable flexible scalability of resources without much effort and increase availability and reliability by means of node clustering. In addition, IAMDS wanted to use a managed Kubernetes cluster to reduce the overhead of data and to be able to implement flexible container handling.

To realise these goals, IAMDS initially tried the cloud solution of a large hyperscale provider. However, this quickly proved to be too expensive to continue to provide an attractive offer to their customers. In addition, for reasons of data protection, many customers insisted that their data be hosted in European datacentres, which was not guaranteed by the chosen cloud provider. Therefore, IAMDS looked for an alternative provider that offered better value for money and could also guarantee data storage in Europe in accordance with the GDPR and prove data protection and data security with corresponding certifications such as ISO/IEC 27001, 27017, and 27018.

A private cloud for the entire infrastructure

IAMDS became aware of OVHcloud through personal recommendations. Their Hosted Private Cloud offer convinced the company, as it fully met the criteria they were looking for. They wanted to proceed with a sense of caution and not rush into anything, so initially, only new systems were set up in OVHcloud. But due to the all-around positive experience, IAMDS soon decided to migrate all systems to OVHcloud - both their own and their customers' systems, including the customers' development environments.

Thanks to the use of Docker containers, the move itself was relatively straightforward. "The big challenge was to set up a managed Kubernetes cluster because we had never used anything like that before," Patrick Tkalcic describes the setup of the new environment. "Thanks to the excellent support from OVHcloud, this also went surprisingly well. In general, the key account manager and the support team from OVHcloud were always there with their expertise and advice, especially when it came to setting up the network environment. 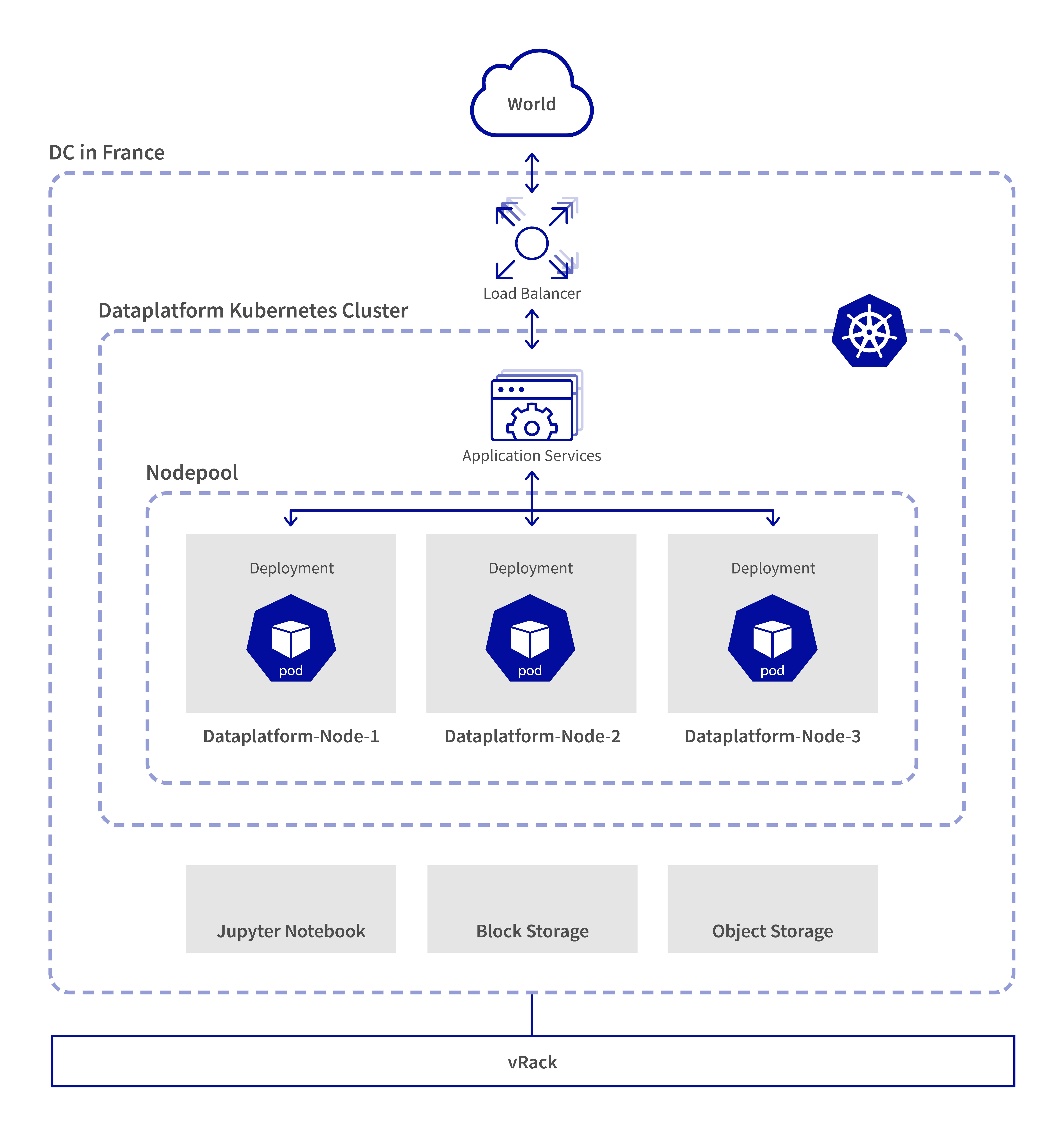 IAMDS now runs its IT entirely in the OVHcloud Public Cloud, hosted in the OVHcloud datacentre in Roubaix, France. At the core of the cloud environment is a node pool consisting of three nodes within the managed Kubernetes cluster. This allows IAMDS to fully focus on software development, while OVHcloud deploys, hosts, and maintains all components necessary for Kubernetes to function. With OVHcloud Load Balancers, scalability and high availability are always ensured.

All OVHcloud services are connected within the private network using vRack technology. In this way, data is secured and the communication between servers does transmit over the public network. The software developer is currently evaluating Managed Databases for Kafka as a new service from OVHcloud, which provides a fully managed Apache Kafka cluster.

Focus on core business thanks to a seamless cloud environment

IAMDS has been operating its entire IT infrastructure with OVHcloud for about a year now. The summary–the challenges and requirements for the infrastructure mentioned at the beginning could be implemented and fulfilled one hundred percent. "One of the biggest advantages is certainly the reduction of personnel expenses for the maintenance of the IT architecture and the increase in fail-safety," Patrick Tkalcic concludes. And he explicitly refers this statement to all IT environments hosted at OVHcloud, be it the internal systems, the development and test environments for customers, and last but not least, the company's own product, the IAMDS platform.

Thanks to OVHcloud, IAMDS now feels technically better positioned than ever to provide its customers with high-quality, state-of-the-art software solutions and services with transparent pricing. This allows IAMDS to continue to live up to its brand promise: I Am Data Solution.

"With OVHcloud, we have found the right partner who shares our values in terms of service orientation, reliability, and highest quality and security. OVHcloud provides us with the right set of solutions to create affordable cost models, elastic scalability, higher performance and flexible managed services for our customers." 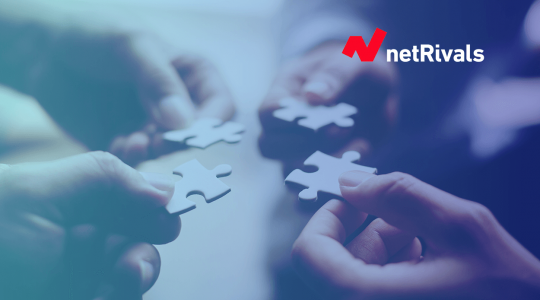