Best protection for your eSports and online gaming

The online gaming and eSport sector is growing very rapidly, thanks to high performance hardware available on mobile, PCs and server side. Together with that trend, there is a growing amount of security threats, especially Distributed Denial of Service (DDoS) attacks launched against the online gaming industry.

Use our Game DDoS Protection to fight cyber-attacks, while focusing on driving your gaming business the way you want. No more time wasted on cybercrimes! Game DDoS Protection is an integral part of our Bare Metal Game servers range and integrates well with our general Anti-DDoS Infrastructure system that protects our entire product portfolio.

The Rise Game range gives you machines specially designed to host your games and provides optimal specifications, all with minimal latency.

Host your games on a VPS

Start simple (no Game DDoS Protection for VPS range) without exceeding your budget.

No advanced skills are required to enable protection. Do it in just a few clicks! Fully managed, which means it's our responsibility to ensure the best possible quality.

Save your gaming resources

Game DDoS Protection is a network security solution that works from the very first bad packet, no more need to over-provision your infrastructure in order to handle gaming application attacks.

DDoS attack in a gaming world

The online gaming and eSport sector is one of the main targets of cyberattacks. These platforms are often very sensitive to network conditions, thus require a stable network link because connection jitter can make them unusable or even result in a full outage. Also, a better quality of service means a higher rank in gaming communities. On the other side, it is very easy to buy a DDoS attack and degrade or even shut down someone's business. Another point is that these kinds of attacks usually take place on the application layer and bypass standard network firewalls and this definitely does not help matters.

As a result, it is essential for hosting platforms to keep the server's IP-address permanently protected against threats. DDoS attacks usually exploits the non-connected mode (UDP), a network-layer protocol that is commonly used by video games and voice servers for fast data transfer.

To fight against these massive and frequent threats, we have developed a service that is permanently turned-on, close to the gaming service, and leverages incredibly fast hardware. It understands gaming application situations (active game vs connecting or authentication phase) and is able to distinguish legitimate players from bad actors. Game quality is protected.

For each type of identified attack, we have built a specific solution deployed as closely as possible to the servers, and directly integrated with special protection hardware. One of our most important innovations is a platform that analyzes incoming and outgoing traffic. It is able to identify legitimate requests very accurately and understands which player is at which state of a game. It can also distinguish real players from harmful attacks on a server from the very first network packets!

To offer you the very best protection against DDoS and DoS attacks, OVHcloud security experts and engineers analyzed how the most popular online games work (Counter-Strike, Team Fortress, Minecraft, etc.), as well as communication modules like TeamSpeak and Mumble. Via extensive lab tests and by validating the proper usage of protocols and using behavioral heuristics, we are able to filter most (if not all) illegitimate traffic. We also constantly stay up-to-date with information gathered from communities, from our customers asking us to solve a particular problem or just by monitoring threats.

With all this work, we have been able to provide a solution that is adapted for numerous types of games. We have offered this protection via special protection profiles, i.e. sets of rules that the user can deploy in one click to filter both incoming and outgoing traffic via UDP ports as accurately as possible.

Offer your users the very best gaming experience, and efficient protection against DDoS attacks. Achieve economies of scale by hosting your gaming servers at the best price. Get peace of mind with OVHcloud.

Delegate hosting to a specialist, and focus on your work. Whether you are looking to host gaming server clusters, cloud gaming, or anything else, OVHcloud solutions can be adapted to suit your needs with best-in-class protection.

Get specially designed gaming servers, with the best performance/price ratio on the market, and Game DDoS Protection included at no extra cost. There are no limits to following your passion. 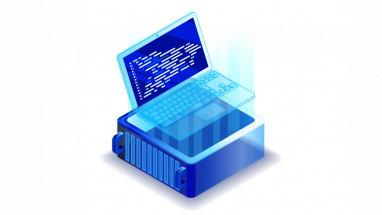 Choose the right server from a wide range of models and options.

Check out how Apex Hosting, one of the oldest and largest Minecraft hosting companies in the world is managing the scaling up of their services.

Delivering great value and high performance to gamers around the World

Discover the story of PebbleHost, a Worldwide game server provider offering its services in over 150 countries.